Writing a story is a difficult task to carry out, nothing new there. Tell an engaging and moving tale that makes your audience feel and live the story, may seem like a piece of cake. On the contrary, it is hard to transmit feelings, to turn  thoughts and ideas into words.  Writing for video games is fairly complicated especially since it is rather a young storytelling medium and most importantly the concept of storytelling itself is vague here, the player himself is part of the story, helping to shape it.

Naughty Dog, the most famous game studio based in Santa Monica has a huge and proved experience in the art of writing for video games. The Last of Us is one of the most acclaimed games ever, not only for its mechanics and graphics, but also for its moving and heartbreaking story. So Naughty Dog game directors Neil Druckmann and Bruce Straley have had a little help for their new title, Uncharted 4. However Josh Scherr and Tom Bissell on the team managed to avoid The Last of Us from influencing Uncharted too much so that the final result of Uncharted 4 wasn’t too dark.

“I’m just not good at [writing jokes]. I would love to do it, I just can’t… That’s why I have Josh, Josh is the funny one.” – Druckmann

Nolan North is one of the best-known video game voice actors, and Nathan Drake is, probably, his best-known role. Druckmann explains the process of recording in-game dialogues that allowed North be the voice of Drake in different ways:

“What we actually do is, we write stuff for [Nolan], but then we also record somebody playing the game and we play that back for Nolan, and he watches it and he just gives us these off-the-cuff responses to what he’s seeing. So a lot of the stuff that you saw in the demo… Some of it’s just stuff that Nolan came up with on the spot when we were doing the voice recording…”  – Druckmann

“We always write and record more than we’ll need. So we have, like, even for this demo there’s twenty or thirty more quips that Drake makes on just, like, when he’s climbing the piton wall, and we just pick one. But it’s having those choices and knowing when there should be a quiet moment and we don’t need anything here, but then here’s something that Drake would comment on. And also understanding where that comes from for Drake, which is a defence mechanism. So when he gets scared or when he gets stressed, more of those quips come out.”  – Druckmann 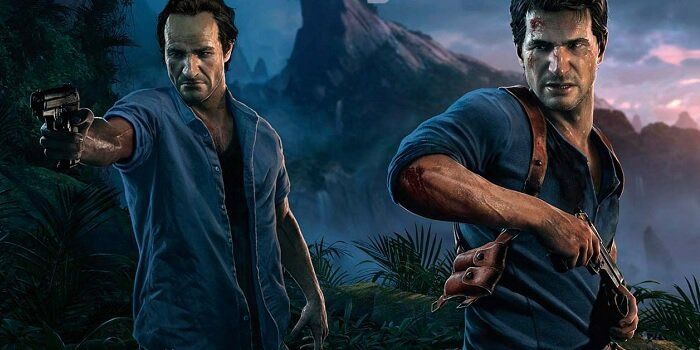 The relationship between Sam and Nate is the center of attention as far as the story is concerned. The characters are the focus of Uncharted 4, that seems to be more important than the search of pirate treasure.

“Simple stories, complex characters… That’s how it should be. I hate games that have all this extra exposition that’s unnecessary and I love exploring complex relationships, so that’s always what I strive for.” – Druckmann

This is not the first example of a video game (or story, generally speaking) where the relationship between the characters holds the weight of the story. Nothing more beautiful and complex that seeing the evolution of the characters, trying to understand what the characters are actually, living and thinking.

We can learn several important things about storytelling from Naughty Dog’s writers:

Build a complex based game scenario, engage your players with complex characters and show the consequences of the player’s choices with ChatMapper!