Stories have been around for as long as humans. The earliest method being oral storytelling. As human speech developed, so have our stories. As long as humans have been able to communicate with each other, they have been able to share their experiences and tales and have them pass on from generation to generation through word of mouth. A good story is a great start, but a good story told well, makes a party worth attending, makes a speech worth remembering and a class worth taking. A good story will always be worth it!

Until recently it seemed that the preferred medium for anyone who wanted to create or tell a story was through literature and movies. Books and films do indeed offer great means to tell a tale. With the evolution of video games, the scene has changed though. In fact it has changed so much that now we can finally say that a good story and video games are no longer rivals, the combination between the two is no longer looked upon as something strange but as something that makes sense.

“I’m a junkie for two things: a good story and a good game. Often I would have to choose one or the other when searching for a fix, but lately, I’ve noticed that the two are no longer rivals. There recently was a specific scene in a game that gave me an epiphany in regards to the evolution of narrative.” – William Galaini.

The perfect example for this is The Last of Us (if you haven’t played the game, drop everything you are doing now and go for it!). Millions of players have fallen in love with this video game. Why? Among other things, its powerful storytelling, its brilliant narrative and the way the game immerses players into the story. 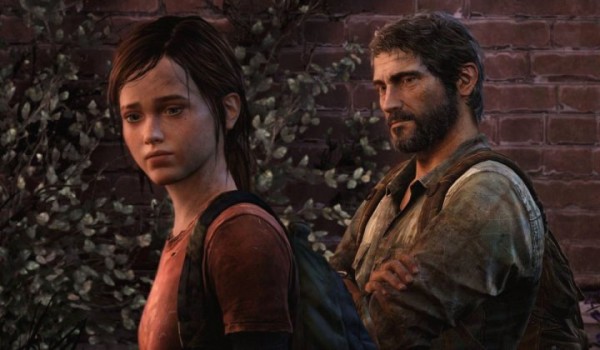 “The scene that got me thinking about narrative involves a fairly routine moment in the game. Playing as Joel, you steer him to a nearby wall, press a button to lean Joel’s back against it, and Ellie climbs over him to higher ground. Many obstacles in the game have been overcome by using this simple game mechanic. However, when Joel takes position this time, Ellie doesn’t follow. Joel just stands there, and soon his expression turns awkward. Of course, you’re wondering if you—the player—hit the wrong button. Was there a part of the terrain puzzle you missed?” – William Galaini.

There is a moment in which you realize that what happens to the protagonist matters. It worries you, you feel their happiness and their suffering, their fears and insecurities even. The game has a strong impact on you, the player, on an emotional level.  It all happens through gameplay. How is it possible you might ask? Well it is quite simple! The game’s ability to have such an effect on the player is possible through it’s ability to draw the player into story, to offer and allow a deep level of immersion, one that only video games can have.

“No. Ellie’s sitting on a bench, staring off into space. Things have been hard for her character lately. Joel’s face melts into tender worry, and no longer is the game about scrambling to reach the next segment. It’s about Joel loving the girl he’s come to see as his daughter and wanting to shield her from emotional harm.” –  William Galaini.

Video games are on the rise not only as a great medium for telling stories but as a  unique and interactive medium for storytelling. Players can choose what they want the character to do. The character’s fate is in their hands and most important, they will have to face the consequences of their choices. A wonderful example for this is Papers, please, in this game you play the role of a border checkpoint inspector in an Eastern Block nation during the 1980s. You decide who can enter and who can not. People tell you their heartbreaking stories and you have to decide if they are telling the truth or not. Are they telling the truth or are they lying, how many lives are you putting in danger through your decisions? This game contains massive amounts of dialogue, choices and consequences to those choices. You become the player, you have to really think, feel and decide the destiny of those lives. In video games you are the protagonist.

Find out how to make your own game easily with ChatMapper.